An independent confirmation of global land warming, not using temperatures from meteorological stations

It has been hypothesized in some scientific publications (e.g., Pielke et al, JGRA, 2007, doi:10.1029/2006JD008229) and sometimes outright asserted (by AGW "skeptics" or in some media outlets; e.g., here, here, and here) that temperature analyses like GISTEMP, HadCRUT, or NCDC were not reliable, and the global warming, seen in these analyses over the last century, using direct temperature measurements from meteorological stations was largely just an artefact of faulty measurements, data adjustments (homogenization), the urban heat island effect, and other factors. 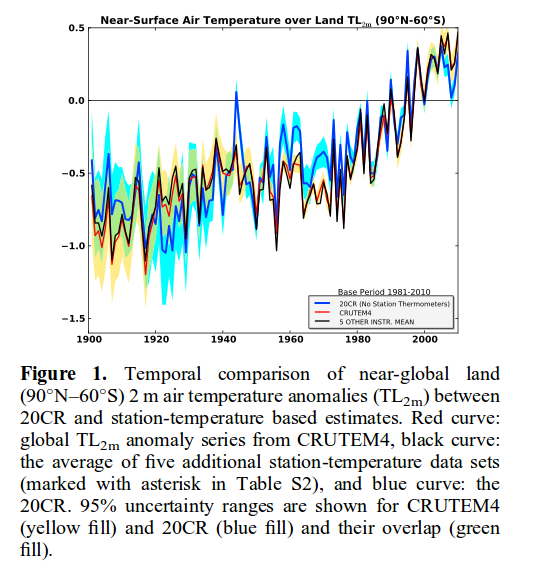