There has been some interesting development in the equatorial subsurface temperatures in the Pacific for the last two months. The positive temperature anomaly, which has been dominant in the upper 300 meters of the equatorial water body of the Western Pacific has spread eastward. Now we have a positive subsurface anomaly over the whole longitude range from 130E to 100 W. Only the far Eastern Pacific still shows a negative anomaly. 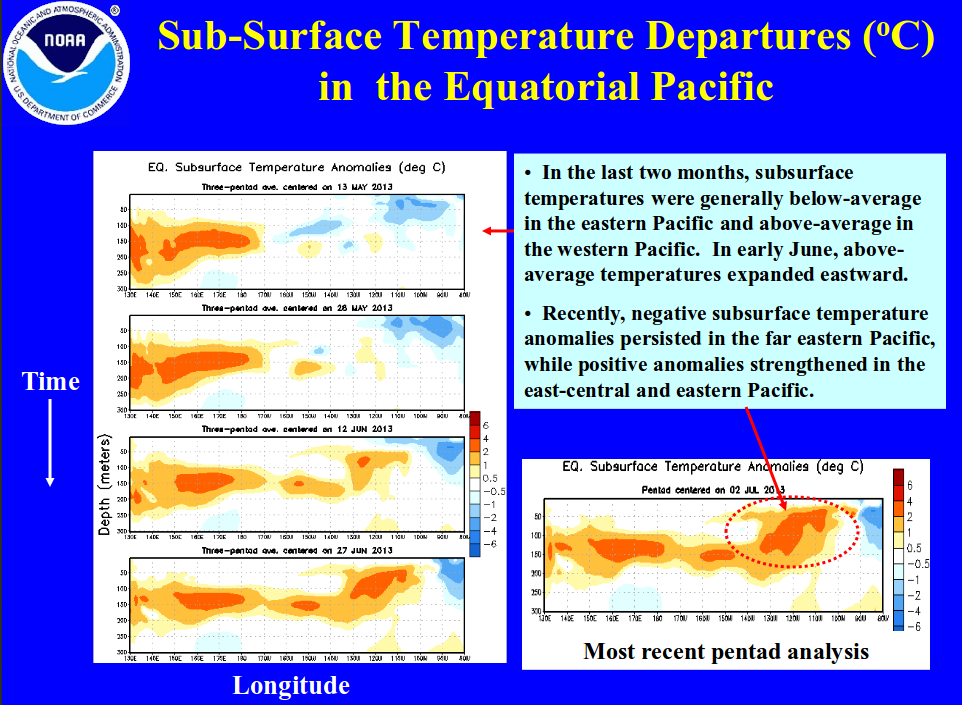 The last model simulations are from June 2013. Most of the models predicted ENSO neutral conditions through 2013 back then. 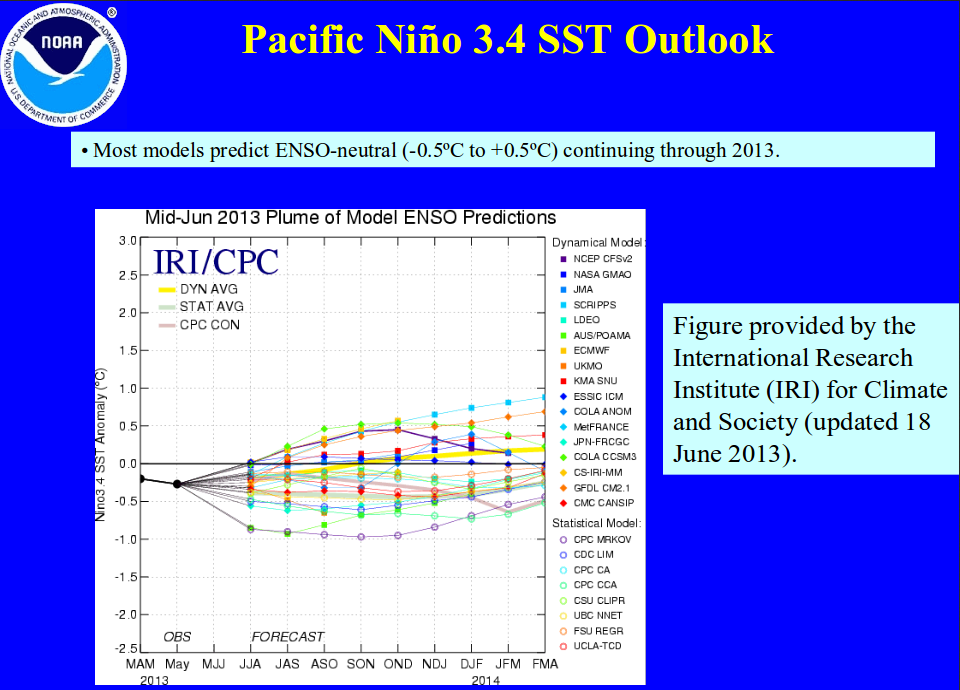 I am curious what the new model simulations, initialized with updated input data are going to say.

If one looks at the table of cold and warm episodes of ENSO, there has not been any period longer than four years from the end of an El Nino to the start of the following El Nino, going back to the year 1950. We are in the third year since the end of the last El Nino episode now. If it does not happen this year a new El Nino really will be due next year. Otherwise it would be unusual, if none occured compared to the frequency of occurrence for the period between 1950 and present.